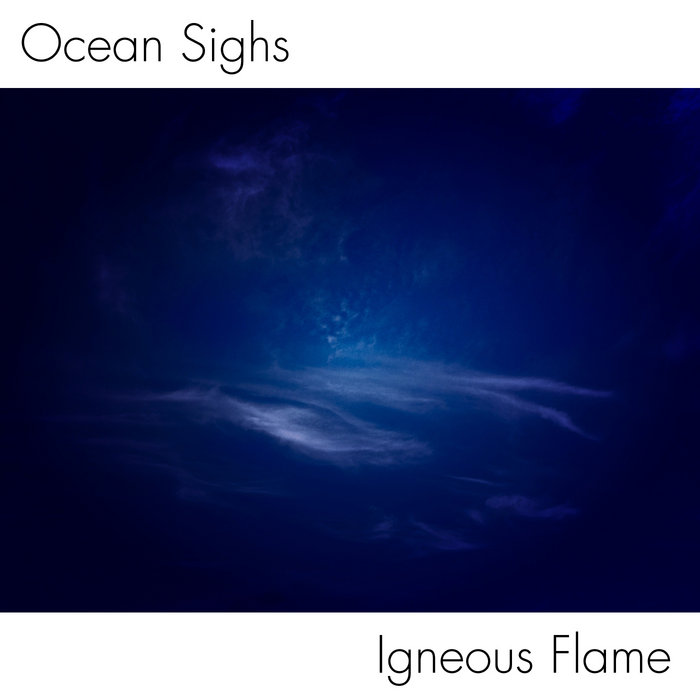 'Ocean Sighs' is a selection of 'ambient seascapes' which incorporate tonal drone textures and harmonic vocalisations, set against a continuous ebb and flow of treated ocean sounds. The two elements were equally considered in the construction of the tracks and are intended to be complimentary.


Binaural recordings (*) feature throughout the album. They were incorporated to give an enhanced spatial element. The binaural recordings were recorded by myself locally in North east Yorkshire, UK. I also utilised other sea recordings from 'Freesound.org', as my collection of recordings was quite limited, in terms of the types of sea
sounds that I had. I wanted to work with a greater variety of sea sounds - distant / rumbling / stormy etc.

Some other binaural material (wind and storms) was also used, albeit very subtley. I've used environmental recordings sporadically before in my work, but this time they were used throughout the whole album as an integral part of the album.

Due to the usage of the binaural recordings and the spatial processing employed, Headphone listening is recommended.
(* in-the-ear microphone recordings that capture spatial elements very well - in my view ! )

I wrote a blog post to accompany this release, which goes into more technical details and attributes the Freesound recordings used. Please see here:
igneousflame.wordpress.com/2016/09/26/ocean-sighs-new-album-released/

Bandcamp Daily  your guide to the world of Bandcamp